Following Mark’s post on Misconceptions of Self-Organization, I am excited to present to you our second article in English. Recently, I had the opportunity to talk to Jim Tamm, one of the authors of Radical Collaboration. At the end of an inspiring training course in Jacksonville, Florida, Jim agreed to have an extensive interview with me on how to bring collaboration, participation and, potentially, democracy into organizations. As a former judge turned consultant, Jim has decades of experience working with public and private sector entities. He explains his approach vividly in his TEDx talk.
Arne:  Jim, what is the biggest misconception people have on the topic of collaboration?

This is probably one of the more difficult tasks that any leader in any organization will be asked to do. People think that they either need to be so tough that they are much more aggressive than they need to be, and don’t pay attention to the relationship part of it, or they fear that being collaborative is going to make them just too nice. Both of those are incorrect. To create that Green Zone environment, you need to be centered, you need to be good at relationships, you need to have a good understanding of problem-solving, you need to be able to figure out what everybody’s interests are, and to meet them as best as you can. It can be hard work.

“You can’t compete externally if you can’t collaborate internally”

Arne: Do you think that the struggle that organizations face when it comes to building collaborative environments is strongly influenced by systemic, macroeconomic forces, or is at the root of every single organization?

Jim: I don’t think that the nature of the organization is making the biggest difference. I think what is making the biggest difference is that organizations are finally realizing that fostering a collaborative culture is one of the more effective ways of becoming more competitive. You can’t compete externally if you can’t collaborate internally. I think it’s more of a desperate need for effectiveness that’s driving the search for collaborative skills these days – more than anything that was going on in the organization.

We saw a dramatic increase in interest in effective collaboration during the world economic crisis, because organizations had cut and cut and cut, and they had no place else to go other than trying to become more effective with the few resources that they still had left. They were desperately looking for ways to get blood out of a stone, realizing that if they could get their people to work together better, that would have a big impact for them, a big payoff at very little cost.

Arne: I know that you have done a lot of research on the positive effects of collaboration. Can you give us a few examples of what you have been able to determine through this research?

Jim: Sure. One of the best-known studies is done by John Kotter and Jim Heskett, where they looked at the impact that corporate culture has on performance. [Summarized in this blog post] That’s just the most well-known one. There has been a huge amount of research showing that over time, collaborative organizations tend to outperform more adversarial organizations in quite dramatic ways. In the book Corporate Culture and Performance, they tracked a number of corporations. It was very broad-based, it wasn’t industry-specific, they were all big, global companies.

The companies that were Green Zone companies, over an eleven year period, increased their net income by 756%, while the net income of those adversarial, Red Zone companies went up 1% – an unbelievably huge difference in effectiveness. We’ve all seen leaders and managers that are very Red Zone keep getting promoted, and we’ve all seen companies that are not very collaborative, and they keep doing well. But those tend to be the exceptions rather than the rule. The rule is pretty much that a collaborative culture is going to outperform an adversarial culture time and time again.

Arne: You work a lot with leaders, and we have many leaders among our readers. In your opinion, what is the role that leadership plays when it comes to really developing a corporate culture that is more collaborative. How can leaders become role models? Or can this also be a bottom-up initiative?

Jim: It can be bottom-up, but it’s easier if it comes from the top. When we first started the Radical Collaboration project twenty years ago, we had a lot of funding from different foundations in California. We could demand that our clients would send a critical amount of all their leadership, so it went from the top down. That’s a wonderful way to do it, if you can. We rarely get that opportunity now. So what we do now is we figure out where there are pockets of readiness, who really needs this. Oftentimes, it’s the best, most skillful part of any organization. Sometimes it’s exactly the opposite: it’s the worst, most dysfunctional part of any organization, because they are desperate to make some changes. We rarely get the chance to start at the very top and go down through the whole organization now.

It’s possible to go in and make big improvements in parts of an organization. But if you want to change the culture of the entire organization, at some point in time you better get those leaders on board. It simply won’t work over a long period of time if you’ve got the folks in the middle trying to be very collaborative, and you got the folks at the top who are undermining them with everything they’re doing.

Arne: In a way, what leaders will have to do if they want to foster collaboration is also to give up some of their power and dominance over their staff. This brings us to the topic of increasing participation, democracy and staff engagement in the organization. Have you ever met leaders who were reluctant to do this, fearing that their own authority might be undermined?

Jim: Yes, I think that’s a pretty common fear. I think in most cases, what they’re giving up is the illusion of power, not the real power. In fact, if they can create a more collaborative environment, they end up getting more power within that organization. They tend to have more respect of their teams, and they tend to have higher performance, so they are really not giving up a lot, other than their illusions and their denial.

Arne: That’s an interesting take on it. A lot of our readers are also interested in new ways of running and structuring organizations. For example, there are organizational models such as Holacracy, that are quite famous in the U.S., and that have made it over to Germany, where a lot of start-ups are running on this model. Other organizations try to break open their corporate pyramids to decrease hierarchies. Do you find this beneficial and aligned with what you are trying to achieve through Radical Collaboration?

Jim: I think these things are very related. I think it takes much less skill in a hierarchical organization regarding collaboration. It takes much more skill if you have a flatter organization. So many decisions in a strict hierarchy are just handed down. Decisions are typically not made the same way if it’s a flatter organization. It takes more teamwork, it takes more collaboration. So they need to be more skilled at it. It’s fairly easy to issue an order and expect it to be carried out. But that doesn’t always work. If you’re going to flatten out the organization, and expect people to work together better, they need more skills, because the old skills won’t work in that kind of organization. You need to give people those skills and teach them how to be more effective at collaboration.
___
In the second part of the interview (to be published this Thursday, November 24), Jim takes a look at the mismatch between what companies need and what is being taught in business schools, how the lack of collaboration affects the political arena, and what are sensible first steps when it comes to fostering collaboration in your organization. 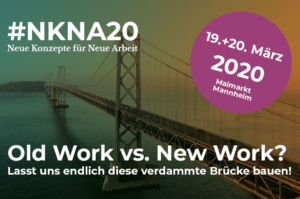